Steam is a program made by Valve, the maker of Team Fortress 2, Half-Life, Left 4 Dead, and Portal. It’s a place to buy and download PC games into a library where you can play with friends, stream your games to them, unlock achievements, and even gift a game to a friend. It has become a Mecca for PC gaming. Before Steam, I wasn’t much of a PC gamer. Nintendo was all I knew. But then the infamous Steam Summer Sale happened, when games can be sold for 75% off or more. Like this past summer, I already had Skyrim for Xbox 360. But I wanted to be able to play the game with all of the cool mods and get a chance to play Skywind. Morrowind and Skyrim are both needed to play it and it just so happened both games were on sale at once.

Then I discovered the power of having mods for Skyrim. You can make this game look absolutely beautiful and have so much more depth in gear, weapons, quests, and more. If you can think of it, it’s probably a mod for Skyrim. 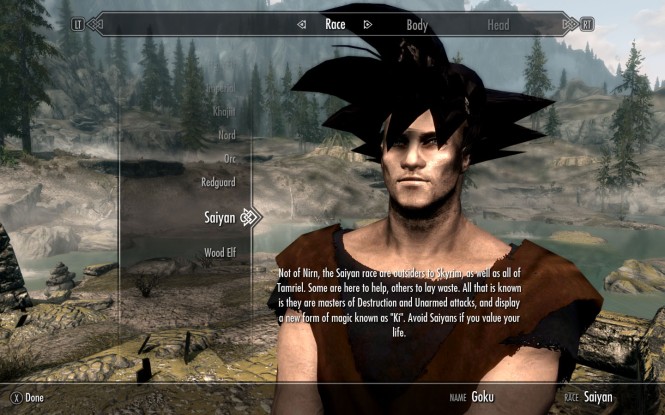 On April 23, Valve implemented a system to allow mod creators to charge money for their work. That sounds reasonable, right? Modders put a lot of hard work into their craft and never get any monetary compensation for it. As a consumer, I was bummed about it because I don’t like to pay for things that just yesterday, I didn’t have to pay for. The modders would only receive 25% of the revenue from the content sold. The Internet lost its collective mind.

On April 25, Gabe Newell, co-founder of Valve, hosted a Reddit AMA to answer questions and listen to concerns. Two days later, on April 27, Valve removed the pay feature from Skyrim mods on Steam. Well, that didn’t last long, now did it? So, what happened? Why didn’t this work? I can point to three things. People hate paying for things, especially after getting it for free for so long. Why all of a sudden can I not go to the well and get a bucket of water? Now I can only buy bottled water from this vending machine? The profit split with modders only getting 25% of the share and DRM or digital rights management concerns are the other two, which are more clearly explained here.

There were supporters of the paid mod system. Although the implementation was shaky, there were good ideas behind it. Some say there should simply be donations for mods if you wish to tip a modder for their hard work. But as one modder says, out of 200,000 downloads for a mod, he only received two donations, which means 0.001% of users donated. Valve claims it wanted to test this system out with Skyrim, but maybe such an old, more established mod community wasn’t the way to go. I hope they find a way to make this work, because I really feel like it could lead to some pretty fantastic mods that we as gamers would love to throw all our money at. Maybe we just needed to be dragged into it, kicking and screaming.

3 thoughts on “The Internet had a tantrum, Valve and Bethesda gave in”