What if I told you the game you’ve been waiting to play for over a year had a lack of content? What if I told you it was littered with microtransactions of DLC, even after paying the full $60 for the base game? Would you still want to play? /u/bm_nJoi says on Reddit’s /r/EvolveGame that buying the DLC is justified.

“I am fully prepared to pay 60$ for a flagship title, then tens and twenties and more dollars for continued awesomeness. If we stop supporting these titles, they disappear because Kim Kardashian’s (who needs to be deleted from existence) mobile game made 10x what these big budget titles did and every game dev company gave the f*** up on these titles.” 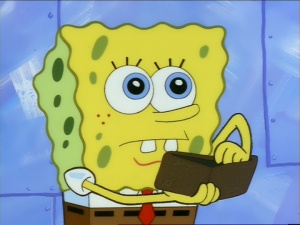 So it’s a war between high-budget next-gen games and free-to-play microtransaction mobile games? If we don’t open our wallets to developers like Valve, they’ll stop making games worth playing? Kim Kardashian will win. No, buying extra DLC on a highly-anticipated game is not going to stop the Kate Upton Game of Boobs train. It’s actually going to make Valve continue this behavior in future games. And what did /u/bm_nJoi get when he bought the season pass, which is $25 on top of the $60 for the base game?

“…not a single animation has changed, not a single inch of skin has a different texture, not a single appendage has been altered or added, and he’s got a slightly red tint to his skin that is mostly only noticeable at certain angles…”

Reskins. You bought $25 worth of reskins. So the people who bought the DLC are understandably upset. If you’re angry about it…”Then don’t buy them.” – /u/roshambojangles

There is over $130 of downloadable content available that isn’t included in the base game or the season pass. That is absurd. But what about the gameplay? Maybe I’ll just buy the game itself and nothing extra.

It seems Valve was sitting around, playing some Left 4 Dead 2 one day, playing a multiplayer game where four players are humans and four players are infected. One guy thought, “You know, we should make a whole game where one player is a monster, like Left 4 Dead’s tank, and the other four players have to team up to take it down. That’s probably where we got the newly released Evolve for PC, PS4 and Xbox One.

The gameplay for Evolve has…evolved from this encounter a little bit. You are a much larger beast, leveling up by eating smaller creatures to become powerful enough to take on the team of monster hunters. GhostRobo gave the game incredibly praise in this gameplay video back in August, calling it “one of my favorite games of the last decade.” That set me up for some pretty lofty expectations.

Reviews are out but they are subject to change. Since when did we have provisional ratings? Polygon gives Evolve an 8/10, which is pretty good. But they don’t send that score to Metacritic in case we have another Halo: Master Chief Collection kerfuffle. I have not bought or played Evolve. Honestly, I’m a little hesitant to put in the $60 for another multiplayer-only game like Titanfall that was super fun for about three hours. But it does look like a lot of fun, and I will probably pick it up to at least be able to update this post.

*I will not be a sucker and buy the DLC*